Three dead after US military helicopter crashes in New York

TEHRAN (Defapress) - Three people are dead after a US military helicopter crash in a farmer’s field along in Mendon, New York.
News ID: 82923 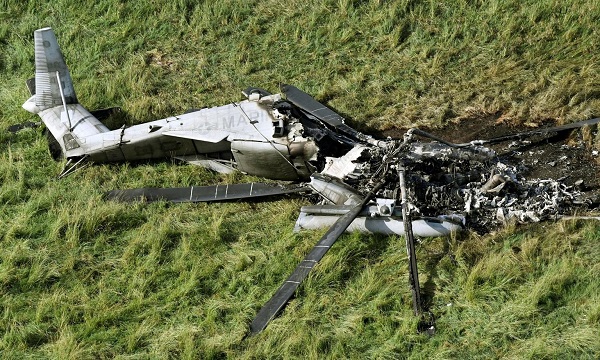 According to the New York Army National Guard, the UH-60 medical evacuation helicopter was on a routine training mission when it crashed.

Monroe County Sheriff Todd Baxter says emergency crews arriving on the scene saw the helicopter on fire in the field, and “went into life-saving mode.”

“This is a heavy burden on all of us,” Baxter said. “We’re waiting for the National Guard for confirmation of who was on board and identification of our great soldiers.”

The incident is under investigation.