TEHRAN (Defapress) - Referring to the Zionist regime’s crimes against Palestinians, Yemen's Houthi Ansarullah Movement Abdul-Malik al-Houthi in a speech on Sun. said that the Zionist enemy will face more defeats and failures in future.
News ID: 83378 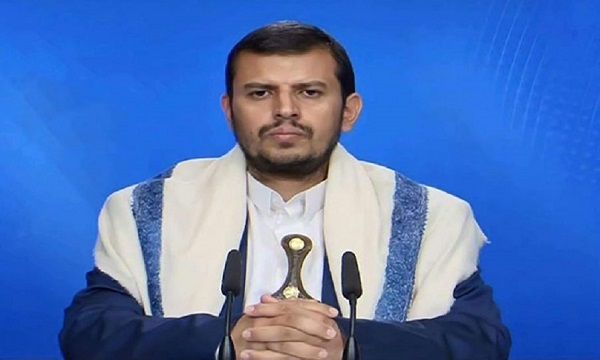 "We are confronting an aggression that is being monitored by the United States and orchestrated by the Zionist regime and Britain and their mercenaries carry out these crimes,” he stated.

Abdul-Malik al-Houthi pointed to the atrocities and brutal acts of Zionist regime against the oppressed Palestinians and added that the aggression of Zionist enemy and its crimes give Palestinians this legitimacy to turn down this regime.

Stability and serious mobilization to confront the enemy has been considered as the most important result of the recent conflict, he said and called on them (Palestinians) to promote sense of brotherhood and harmony.

He called on nations to stand by and support Palestinian nation and their courageous resistance.

The enemies, in their efforts to normalize relations with the Zionist regime, intended to make Arab and Islamic countries indifferent to the issue of helping Palestinian people, Yemen’s Houthi leader emphasized.

Until a decisive victory is achieved, the Zionist enemy will face more defeats and failures, he reiterated.

Clashes between the Zionist regime and Palestinian resistance groups started on Monday May 10 after the end of the resistance movement’s deadline given to Tel Aviv over the need to end the attacks in the occupied lands and Al-Aqsa Mosque.