TEHRAN (Defapress) - Abbas Ali Kadkhodaei, the spokesman for the Guardian Council, said Monday that the vetting of cases of all registered candidates for the upcoming presidential elections has finished, but the results will be announced tomorrow.
News ID: 83384 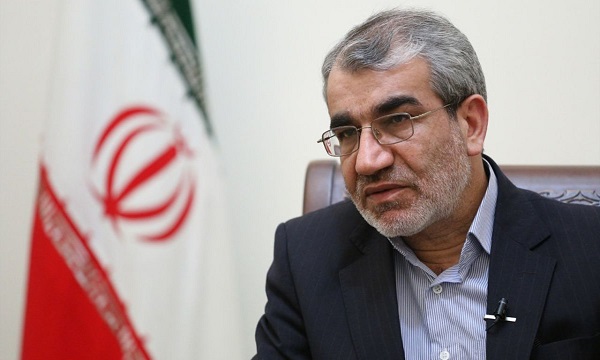 The spokesman for the Guardian Council, Abbas Ali Kadkhodaei said on Monday afternoon that looking into the qualifications of those who had enrolled for the upcoming presidential elections was done on Monday, but due to some work left, the final results will be announced tomorrow.

According to Kadkhodaei, the members of the vetting council had doubt on the files of some of the candidates, and for that reason, those candidates were invited to the council, and subsequently, the relevant decisions were made on their cases.

Former Defense Minister Brigadier General Hossein Dehqan has announced his resignation from the race before the results of the qualifications are announced on Tuesday, saying that he dropped his bid in favor of another candiate Ebrahim Raeisi.

More than 590 people have registered their names for the upcoming presidential elections in Iran, which are going to be held on June 18.