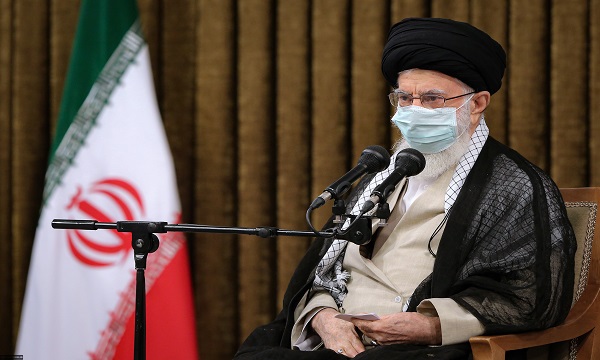 MEK terrorists committed a horrendous crime on a day like this, by assassinating Martyr Beheshti and 72 others. They confessed to this murder themselves. But they walk free today in those same European countries that claim to advocate human rights, including France, said the Leader.

"The French government and some western governments support the MEK terrorists and give them an official place to talk, even in their national parliaments, yet they claim to advocate human rights. Some of the western governments’ brazenness is truly appalling and strange!"

Turning to the salient characteristics and achievement of Shahid Dr. Beheshti, Ayatollah Seyyed Ali Khamenei said that the late Dr. Beheshti was founder of the Islamic justice in a way that he had initiated a new movement for the Judiciary Branch of the Islamic Republic of Iran.

The people of Iran struck a heavy blow to those trying to create a boycott of the elections. The enemies hoped the turnout would be about 20 percent. Considering the pandemic, which is said to have decreased the turnout by 10 percent, the actual turnout was about 60 percent, which is a good turnout, he added.

Iran's elections in 2021 were truly an epic created by the Iranian people, he said, adding, "Where in the world is it common to see hundreds and even thousands of enemies' media outlets and foreign propaganda machines working to create a boycott of a country’s elections and to dissuade people from voting?"

That Iran’s top officials met with the President-elect and the defeated candidates congratulated the winner was a very good occurrence that took place in our country, said Ayatollah Khamenei. "Compare this with the US election fiasco!"