TEHRAN (Defapress) - The deputy commander of Iran police said Monday that trade continues in Mahiroud border crossing with Afghanistan after capturing it by the Taliban.
News ID: 83569 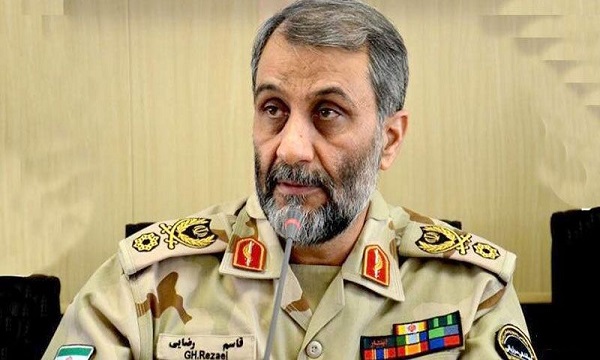 Brigadier General Ghassem Rezaei, the second-in-command of the Iran police made the remarks on an inspection visit to the shared Mahiroud border crossing with Afghanistan which is located near the city of Birjand in Iranian South Khorasan province.

The Mahiroud border crossing was captured by the Taliban Friday.

Rezaei said that "Security and peace prevail at the eastern borders of the country," adding that "More than 200 trucks have entered the Mahiroud border market, and trade is continuing as usual in this border market."

The deputy police commander further said that he had spoken with a number of Afghan businessmen who had said they were satisfied with the security situation and praised the border guards of the Islamic Republic of Iran.

He pointed out that "Recently, there were security problems in Afghanistan, which, thanks to God, they have been resolved and security has been restored on the eastern borders of the country."