We will stand by the oppressed around the world

TEHRAN (Defapress) - President Ebrahim Raeisi delivered a speech after being sworn in during which he focused on the achievements that Iranian nation made after the the Islamic Revolution in 1979.
News ID: 83659 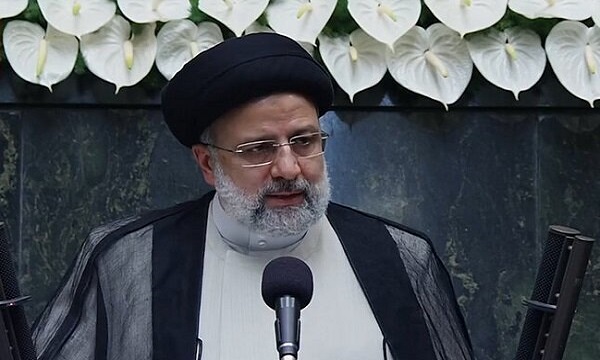 President Raeisi delivered a speech after being sworn in and greeted the participants in the ceremony.

At the start of his speech, Raeisi said that the fate of the Iranian nation changed after the Islamic Revolution in 1979.

He said that he was elected by the people's votes and added that he was obligated to protect the legacy of the Islamic Revolution.

Raeisi also said that people have shown they are loyal to the Islamic Revolution.

The people sought independence and while constructive engagement with the world, according to Raeisi.

He further said that Iran will stand by the oppressed around the world be it in Europe, in the US and in Yemen and Syria.

He said that his administration will work to improve the economy and resolve people's problems.

The president added that his administration will make Iran stronger.

“We will strengthen all elements of national power”, according to the Iranian president.

He added that Iran’s power creates peace and security in the region, adding that his administration extends hands to all regional countries for cooperation.

Raeisi said that Iran's nuclear program is peaceful and recalled a fatwa by the Leader that banned nuclear arms.

Later, he stressed that all the sanctions must be lifted.

The new president also said that diplomacy must strengthen relations among nations of the region.

He said at the end that He will introduce the minister to the Parliament as soon as possible.
0 Error Report
your comment