TEHRAN (Defapress) - Siren sounded in Israeli settlements following the firing of missiles from Gaza Strip towards the occupied lands and territories.
News ID: 84070 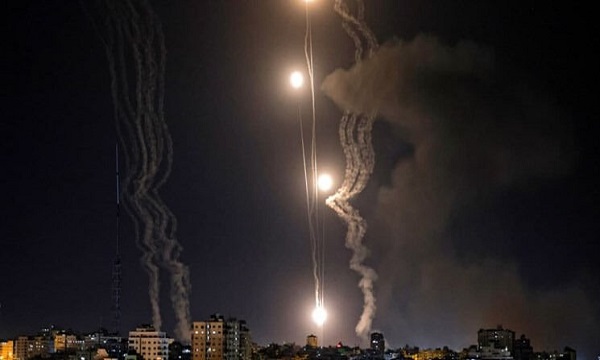 News sources reported the sound of sirens in several towns in the occupied lands and territories around Gaza Strip.

Some news sources announced that at least three Katyusha rockets were fired from Gaza Strip at the occupied lands around Gaza.

Although Zionist sources stated that the security incident did not cause any casualties, rockets were fired from Gaza Strip towards Zionist settlements for the first time in the last seven months.

The attacks by Zionist military forces on Al-Aqsa Mosque started on Friday and have continued until today.

Al-Mayadeen also reported on Monday that Israeli settlers attacked Al-Quds Mosque with the support of the occupying forces in Al-Quds.