TEHRAN (Defapress) - Tehran-Havana relations are strategic, president Raeisi said, calling for developing cooperation between Iran and Cuba in all fields by using the numerous capacities and potential of the two countries.
News ID: 84162 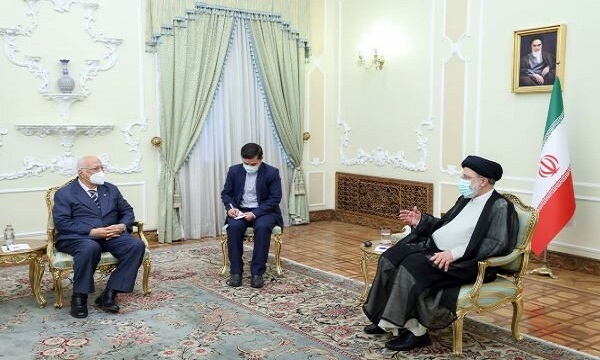 Cuban Deputy Prime Minister Ricardo Cabrisas, who arrived in Tehran to attend the 18th meeting of the Iran-Cuba Joint Economic Commission, met with the  Iranian President Ebrahim Raeisi on Wednesday.

Positive and constructive bilateral relations between Iran and Cuba can influence international interactions between the two countries, said Raeisi in this meeting.

Saying that Tehran-Havana relations are strategic, he stressed developing cooperation between Iran and Cuba in the fields of trade, economy, agriculture, health, and medical care by using the numerous capacities and potential of the two countries.

According to him, the two countries can attain self-sufficiency in producing key products by relying on their domestic capabilities.

Iran plans to develop ties with any independent country – including Cuba – which stands up against the excessive demands of arrogant powers, he also stressed.

Cuba's Deputy Prime Minister also conveyed the message of the Cuban president to the president Raeisi, stressing his country's desire to develop economic and trade cooperation with the Islamic Republic of Iran.

With short-term- and long-term plans, Iran-Cuba relations can be enhanced from the level of bilateral relations to multilateral interactions in the Latin American region, he said.