KRG referendum to deepen issues between Erbil, Baghdad
TEHRAN (defapress) – Turkey's ruling party AKP deputy chair Mehmet Mehdi Eker has said the Iraqi Kurdistan's (IKBY) decision to set up an independence referendum would not solve any of the problems that the IKBY and Iraq face, but will deepen the problems.
News ID: 65697 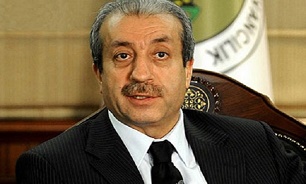 General Mohammad Hossein Bagheri, Chief of Staff of Iranian Armed Forces, paid a 3-day visit to Turkey. He had unprecedented talks with Turkish high-ranking officials including President Recep Tayyip Erdogan aimed at narrowing differences on the Syria crisis and coordinating policy on Iraq.

Due to the importance of Tehran and Ankara cooperation to tackle common threats in the region, Payman Yazdani from international desk of Mehr News agency sat with deputy of Turkish ruling Justice and Development Party (AKP), Dr. M. Mehdi Eker.

Following is the full text of the interview with him:

How do you evaluate the significance of the visit by chief of Iranian armed forces to Turkey?

The visit of Iranian Chief of General Staff Sayın Bagheri to our country has been a useful visit to develop cooperation between Turkey and Iran, especially in areas of combating terrorism and border security. This visit also provided an important opportunity for our region to assess the contributions of the two countries for security and stability. It is also a remarkable visit in terms of being the first visit made at the level of Chief of General Staff among our countries after many years. The developments in our region require us to concentrate our consultations with our neighbors and regional countries at different levels and areas. Mr. Bagheri's visit to Turkey will also be evaluated in this framework.

One of the issues discussed during his visit was border cooperation between Iran and Turkey. How do you evaluate the cooperation? Is the construction of the border wall by Turkey related to the cooperation?

Border security has various dimensions. The modular concrete wall we built in our own land behind our mosque with Iran is also an important project that will increase our border security. This project aims to combat terror with effective fighting and smuggling of people and goods. This issue has also come to the fore in the negotiations held during the visit. As the wall construction will contribute to the border security of both countries, it has developed for the benefit of both Turkey and Iran.

Iran and Turkey both oppose Iraqi Kurdistan independence referendum, an issue discussed by two sides during General Bagheri’s visit. What kinds of joint measures can Iran and Turkey take to this end?

Since Turkey and Iran as neighbors of Iraq, are adversely affected by the unstable environment that has been going on for years in Iraq. The Iraqi Kurdistan's decision to set up an independence referendum will not solve any of the problems that the IKBY and Iraq face, but will deepen these problems.

In this context, we urge both the Central Government and Iraqi Kurdistan's leadership to resolve the problems between Baghdad and Erbil within the framework of the Iraqi Constitution in order to ensure that no more difficult problems arise in Iraq.

That the Iraqi Central Government fulfills its obligations under the Iraqi Constitution for ISE and enforces inclusive policies; I think that the leadership of the Iraqi Kurdistan should work for a united and prosperous Iraq, ending the referendum decision, which could have very negative consequences, and the efforts to create unilateralism as soon as possible.

How will the visit affect developments in Syria?

The visit has given Iran, one of the three guarantors of the ceasefire regime we pioneered to be declared in Syria, more pressure on the regime in order to ensure tranquility, and this opportunity has made it possible to transfer our anticipation to accelerate the political process in order to find a final solution to the Syrian conflict .

In addition to the visit, the course of the technical studies aimed at passing the misconception that the three guarantor countries had signed in order to establish conflict zones in Syria in the process of the Astana meetings were also discussed.

We hope that this visit will contribute to the struggle that we support for the elimination of the conflict environment altogether by the arbitration of the declared truce in Syria.

Mehmet Mehdi Eker is a Turkish politician who also has served as the Minister of Food, Agriculture and Livestock of Turkey from 2005 to 2015. He was a Member of Parliament for the electoral district of Diyarbakır from the Justice and Development Party (AKP) between 2002 and 2015. He is currently Turkey's ruling party AKP deputy chair.