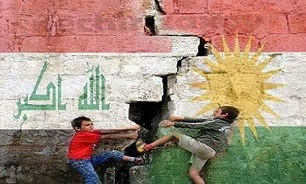 "The referendum violates the Iraqi constitution and therefore lacks any legitimacy. It also presents a challenge to peace and security of Iraq and the entire region. Pakistan joins Iraq and its neighbors, along with the international community, in its opposition to this referendum,” he said.

"We reaffirm our full support for the Government and people of Iraq. We are deeply concerned at attempts aimed at threatening the territorial integrity of Iraq or any other country in the region,” said the spokesperson.

The Kurds, who have ruled over an autonomous region within Iraq since the 2003 US-led invasion that toppled Saddam Hussein, held a referendum on September 25 despite strong opposition of Baghdad.

Iran and major European countries strongly opposed the decision to hold the referendum, which they described as destabilizing at a time when all sides are still fighting against Daesh terrorists.