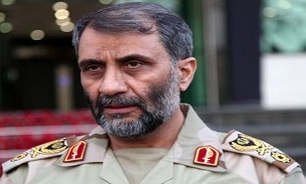 Despite having extensive sea and land borders, Iran has managed to maintain the security of its border areas at high level, General Rezaie said Saturday during a meeting with Hormuzgan Province border guards.

'Enemies are not pleased with the high level of security Iran maintains at its borders, he added.

Neighboring countries has a good cooperation with Iran, he said.

Common borders with Afghanistan and Iraq are fully controlled but there are some problems in Pakistan borders, Rezaie said.

He pointed to some unauthorized activities of smugglers in Hormuzgan, and he urged the Persian Gulf Littoral States to have more cooperation in safeguarding the region.