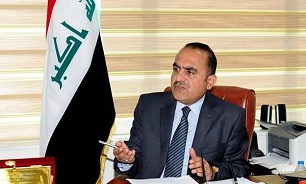 "The Rusafa Investigation Court has issued an arrest warrant for the head and members of the commission who supervised the referendum in the Kurdistan Region,” said Judge Abdulstar Bayraqdar, spokesperson for the high judicial council, Rudaw reported.

The Rusafa court is located in Baghdad.

"The verdict was issued after the National Security Council filed a lawsuit arguing that the referendum was contrary to the decision of the high federal court,” he explained.

Iraq’s National Security Council, under the authority of Prime Minister Haider al-Abadi, stated on Monday it had put together a "list of names” of "state employees within the Kurdistan Region” who stand accused of holding the referendum. It said they will take "legal measures” against them through the office of the public prosecutor.

Asked whether Baghdad will now issue an arrest warrant for Barzani, who called for the vote, Abadi said on Tuesday, "some names were mentioned within that frame… we are awaiting legal procedures in this regard.”