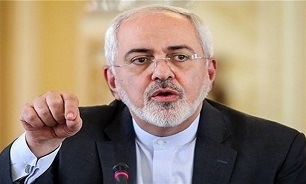 Speaking to reporters in the Uzbek city of Samarkand on Friday, Zarif pointed to topics discussed in his meeting with Mogherini earlier in the day, and said during the session, she briefed him on the European Union’s efforts to fully implement the JCPOA and highlighted European countries’ determination to carry out the deal.

Zarif added that in the meeting, he also stressed the need for the EU to play a more active role in implementing the JCPOA and take practical actions in this regard.

Zarif was in Samarkand to take part in the international conference on security and sustainable development.

The Iranian top diplomat’s visit to Uzbekistan was part of his tour of Central Asia, which had taken him to Tajikistan earlier.

Concerns have been growing in recent weeks that the US administration unilaterally scraps the nuclear agreement between Iran and the Group 5+1 (Russia, China, the US, Britain, France and Germany).

In a major confrontational stance against Iran on October 13, US President Donald Trump refused to certify the multilateral deal on Tehran’s peaceful nuclear program.

Speaking from the White House, Trump said he will choose not to certify that Tehran is complying with the agreement.

The 159-page nuclear agreement between Iran and the Group 5+1 (Russia, China, the US, Britain, France and Germany) was reached in July 2015 and came into force in January 2016.

Since the historic deal was signed in Vienna, the International Atomic Energy Agency (IAEA) has repeatedly confirmed the Islamic Republic’s compliance with its commitments under the JCPOA, but some other parties, especially the US, have failed to live up to their undertakings.