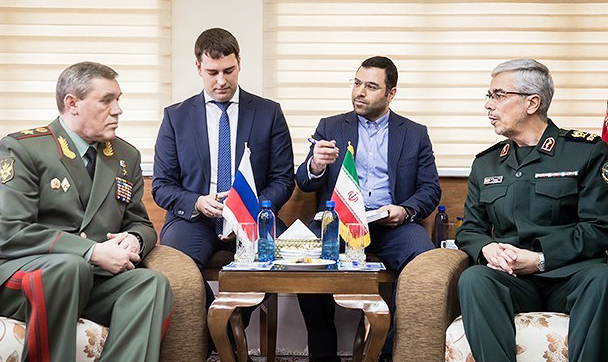 Bilateral meeting before the tripartite meeting, Chief of staff of Iran's armed forces and military headquarters and military leaders in Russia and Turkey.

Tripartite meeting will be held in Sochi, Russia has on the adoption of a common approach to continue the process of clearing terrorist groups and takfiri and restore security and stability to the Syrian city in Russia, the discussion.