In a message of felicitation to General Bagheri, Supreme Leader of the Revolution,
Notify readiness of the armed forces to barricade" ISIs" similar incidents
The Head of the General Staff of the Armed Forces, in a message to the Supreme Leader of the Islamic Revolution, underline on the comprehensive preparedness of the armed forces to barricade the impending “ISIs” said: "The enemy front will continue to overwhelm our potency.
News ID: 67140 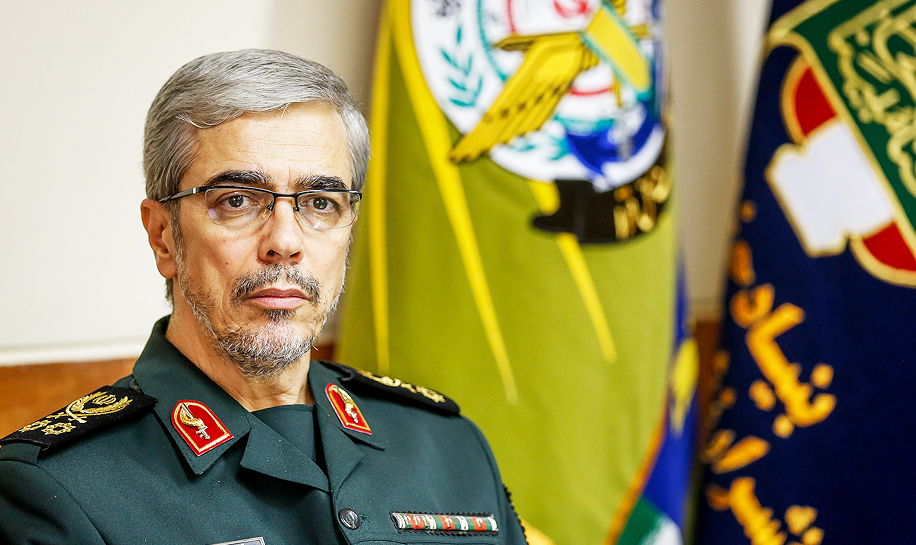 our ability to penetrate the enemy front continues. Armed forces preparation to prevent encountering threats to security guard group report (Defapress), announced the victory of the Islamic resistance front and undermine the great Caliphate, ISI, Commander in Chief of the armed forces Commander, Mohammad Bagheri, a leader and Commander in Chief of the Islamic Republic to prepare copper forces Lh to avoid the dangerous deception of similar intrigue daesh pointed out.

The text of this message is as follows:

In the name of God.

The Commander of the Islamic revolution leader Mr. (RA).

Congratulations to the Islamic nation, and Honorable warriors and defenders of Shrine and pilgrimage Qassem Soleimani, the Islamic resistance movement's victory about the deadly and dangerous intrigue ISI and an end to the protests and his group of torture and criminal.

Our doctrine in the Qur'anic schools and blessing provinces, atrat-e Faqih, the great achievement of the divine service, as the product of wisdom and wise and courageous leader of the deception, faith and dignity of vision and their opposition to child time.

But the end of the revolt to topple the Islamic Government of the United States, ISI and fans of regional and Trans nationality the White House, and the strategic guidance of your movement in response to the letter, the Commander of the Islamic Revolutionary Guards Corps, the guardians of the warlord on the necessity of information towards the enemy as a commitment and a blowing...and a requirement of urgently insist on c An uncle to us and the divine grace with the new defense and smart country, regional cooperation and determination made to deal with terrorism and committed enemies of Islam and the Prophet, and our ability to be all of the same flood. We have faith and we will the enemiesthat are keen, lean and keen to follow the repeat of this conspiracy.

Certainly the enemy that the principle of the existence of the Islamic revolution, and Iran's religious and national identity in the design of this scheme is targeted, such as irregularity and wounding marijuana won't get injured and in the regions and other areas against us track. Although their efforts are doomed to death in front of the right can be sentenced to death, but the guidance of your followers in maintaining motivation, alertness, unity, work, and cultural insights, above all, our all-round defense, hoping to God, the introduction of the Foundation and guarantee of defeat the enemy in the future.

The Islamic resistance fighters and martyrs on the front and a large family shrine, the conquerors of Iran defenders Shohada up fatmehon, zeinabiun heidariun alshabi and mobilize popular hashd Syria especially prominent Commander of the Revolutionary Guards Corps and its wise and brought us to the present and from the UK And the country of Rashid in support of the armed forces of the Islamic Republic under the protection of the Prophet (PBUH) and the great power of command and commands the province leadership, independence, territorial integrity and national security, the protection of the revolution and the Islamic system and the protection of the country's defense will continue to be a deterrent to the conquest of the enemy front.