Holly defense Narrators Conference-10 / Sadegh Fazli:
The United States seeks to compensate for its defeats in the region by raising the issue of Al-Quds
Deputy head of “basij mostazafan” said: that the recent victories of the resistance movement was inspired by holy war epics, said America has introduced the "Jerusalem" as the capital of the occupying Zionist regime to seek compensation for losses in the region.
News ID: 67644 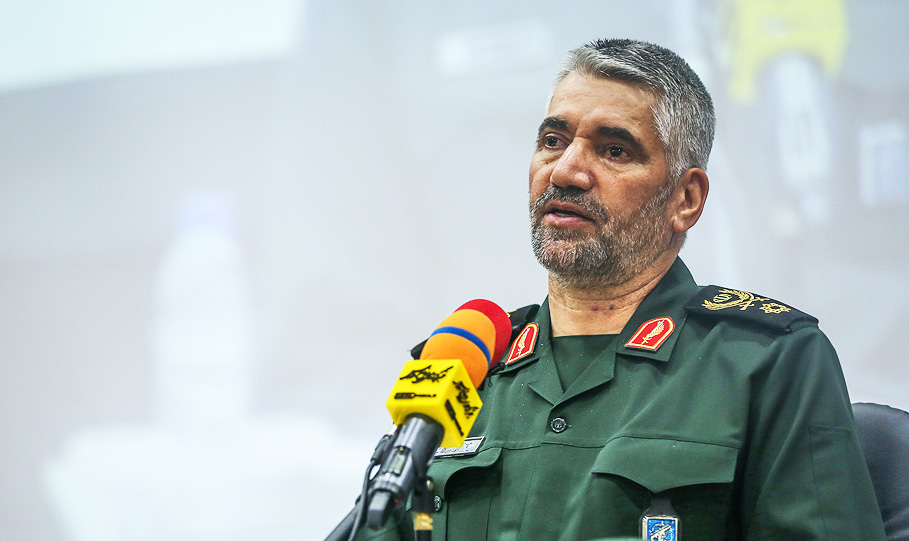 According to defapress reporter: Ali fazli "successor organization to mobilize in the ritual closing a two-day Conference on the 8th sacred defense narrations that were held at Islamic Azad University, pointing to the importance of maintaining and promoting the culture of the Holy Defense stated The Islamic resistance front: based on empirical history of sacred defense pattern and achieved a huge victory to takfiri enemies.

Pointing to the action based on the infamous American Embassy from Tel Aviv to transfer Al-Quds Sharif said the action of the Zionist regime and the United States showed its inability to resist against the front, it will be the failure of the resistance front have failed to compensate.

He pointed out that if you were not the owner of these Corps Division Zaman, today something of the stay, said that today's young generation of our society's passion for Jihad's mustache and volunteered to defend the shrine and are great martyrs because of hojaji it comes out, The dissemination of the culture of sacrifice and martyrdom.

The successor to the Central light the way with Chief of staff stating the main light are narrations of the way gravity, adding: should Narrative issue noted, because no matter how knowledge, study and training of these upgrades, the same proportion of work in the field of company vision and promote these values more depth.

He said at the end of today, the Narrator being Holy, Zeinab and some kind of honor. I'm also a servant of Narrative card and everywhere I own it, and what the narrator of the higher honor of the martyrs.