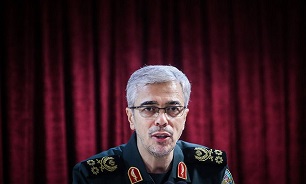 Speaking in a local ceremony to honor top researchers of the Islamic Revolution Guards Corps (IRGC), held at Imam Hossein University, said “Secretary General of Lebanese Resistance Movement Seyyed Hassan Nasrallah was the most popular personality in the Islamic world after 33-day war occurred between Israel and Lebanon but unfortunately, his popularity rating was declined after some years with a rift occurred between Shia and Sunni.”