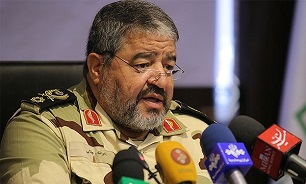 "Pavel Durov, the owner, is not paid by us for providing Telegram services, but, he sells this (the Iranian users') information to those who need it for analyzing Iran ('s situation)," General Jalali said, addressing the Civil Defense Organization managers in Tehran on Tuesday.

"Certainly, our information in Telegram has special customers, including the Americans, the Zionist regime, Monafeqin (hypocrites, as MKO members are called in Iran) and any group with operational power (for moves) against us," he added.

In relevant remarks last October, General Jalali had warned that certain information that the Iranian people share in the Telegram is desirable to the CIA, Mossad and Saudi Arabia.

"Telegram is installed on most smart phones (in Iran) and our macro data is in the hands of this messaging service with which it can do a large-scale survey or shape ideas in our country by analyzing the information," General Jalali said.

"The CIA, Mossad and Saudi Arabia are customers of this information," he warned.

Also, last January, General Jalali had warned of enemies' possible use of the social media and personal smart phones to carry out espionage operations against people.

"The social media can be used completely as spying networks, meaning that they can establish contacts outside government control with the social and non-social groups outside the country and collect and exchange information," he said.

General Jalali also called on people to be careful about using smart phones since the new models can register any person's finger print and photo of eyes' cornea, adding that the information will be recorded in servers outside the country and people can be identified in any parts of the world.