Iran’s Top General Urges Self-Reliance after US JCPOA Exit
Chief of Staff of the Iranian Armed Forces Major General Mohammad Hossein Baqeri stressed the need for reliance on local sources and capacities after the US president pulled his country out of the JCPOA, the 2015 nuclear deal with Iran.
News ID: 70082 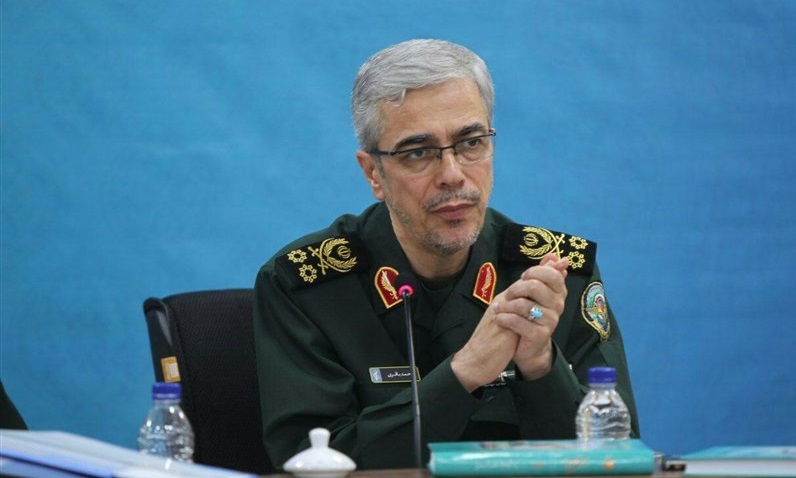 TEHRAN (Defapress) – In comments on Wednesday morning, Major General Baqeri denounced the US government for failing to honor its commitments and scrapping the agreements it has already signed, calling for reliance on Iran’s own capabilities for development.

The US government does not honor even what it has signed, including the JCPOA, which was basically not a desirable deal for the Iranian nation but Iran accepted it with dignity, he added.

Iran has already learned that stability requires self-sufficiency and avoiding reliance on the JCPOA or things like that, the general underlined.

“The last night experience (US exit from JCPOA) indicated that although we should tactically follow certain sides, we ultimately need to stand on our own feet to build the country,” he said.

The ranking commander also reiterated the Iranian Armed Force’s readiness to protect the country and also help the administration.

Following Trump’s controversial decision to pull the US out of the JCPOA, Iranian President Hassan Rouhani said Iran weighs plans to remain in the agreement with the other five parties, namely Russia, China, Britain, France and Germany, provided that the remaining JCPOA parties ensure its full benefits for Iran.