Top General: Iran Needs No Permission to Boost Military Power
Chief of Staff of the Iranian Armed Forces blasted the US for drawing a list of shoulds and shouldn’ts for Iran, stressing that the Islamic Republic would never wait for permission from anybody to enhance its defense capabilities.
News ID: 70311 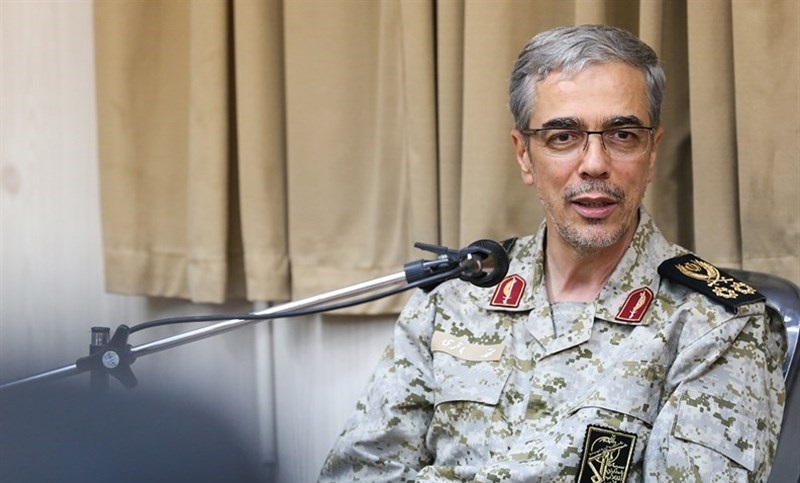 TEHRAN (Defapress)-Addressing an open session of the parliament on Wednesday, Major General Mohammad Hossein Baqeri lashed out at the rookie officials of the “criminal and reneging” US regime for telling the Iranian nation what to do or not to do.

The angry US regime, with its untrustworthy authorities who are stooges of Zionists, does not dare to enter a direct war with Iran, and, instead, tries to mount economic pressure on the Iranian nation, the general added.

An enemy like the US, which has failed to reach its military objectives at the Strait of Hormuz, to strengthen the Daesh (ISIL) terrorist group in Syria and Iraq, or to undermine Hezbollah’s success in Lebanon, lacks the ability to confront the Iranian nation, he said.

Highlighting Iran’s reliance on its domestic capabilities, Major General Baqeri said, “Today, the (Iranian) Armed Forces are at the pinnacle of defense power as well as military and combat readiness, and would not wait for a permission or smile from anybody to develop their defense power.”

His comments came after US Secretary of State Mike Pompeo set out 12 tough demands for inclusion in a new treaty with Iran during a speech announcing the US new strategy towards Tehran.

The US diplomat has urged Iran to permanently shut down any nuclear-related program and give up its regional policy, to halt missile development, withdraw forces from Syria, release all US citizens, and end support for what he called Middle East "terrorist" groups.

In comments in February, Leader of the Islamic Revolution Ayatollah Seyed Ali Khamenei called for efforts to maintain and boost Iran’s defense capabilities, hitting back at the enemies for disputing the country’s missile program.

“Without a moment of hesitation, the country must move to acquire whatever is necessary for defense, even if the whole world is opposed to it,” Ayatollah Khamenei said.