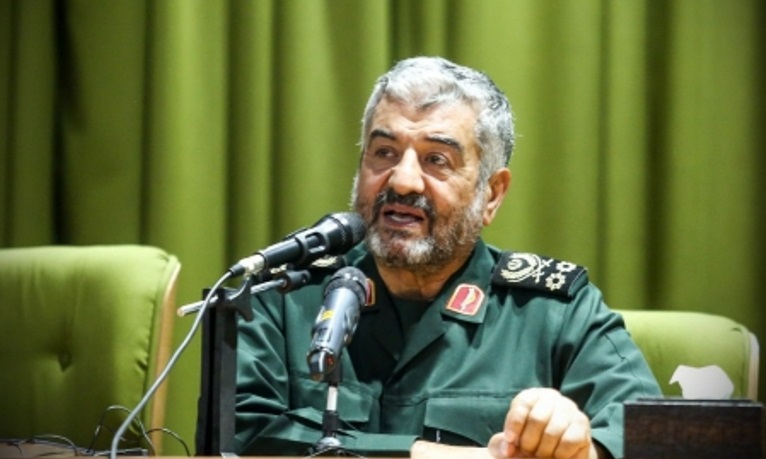 TEHRAN (Defapress)-Addressing a group of veteran IRGC forces, General Jafari said the great achievements made during Iran-Iraq eight years of sacred defense should be regarded as a memorable experience for all eras and in our efforts to address national crises and it will enable us to overcome big challenges.

The model set as revolutionary thinking with reliance on people, was in fact the foundation of pillars of sacred defense of the Iranian people in the geography of Islamic resistance, bringing historical triumphs against the Takfiri terrorists and proxy wars, he said.

Mounting pressures and enemies' animosities have always existed from early stages of the Islamic Revolution and there is no doubt that the Islamic Revolution as harbinger of campaign against tyranny and aiding oppressed nations, will encounter and challenge with the enemies' conspiracies yet it believes that with reliance on its revolutionary way of thinking, it can deal with all problems, said the IRGC commander.

Referring to the firm stands adopted by Iran's president against recent US ill-wishing strategies and imposition of new oil sanctions against Iran, General Jafari expressed hope that people from all walks of life along with the country's officials to adopt a unified stance to achieve their goal.

Revolutionary approaches in dealing with the enemy and the US on top enables us to give a lesson to the enemy that the use of Strait of Hormuz will be for all or for none, stressed the commander.