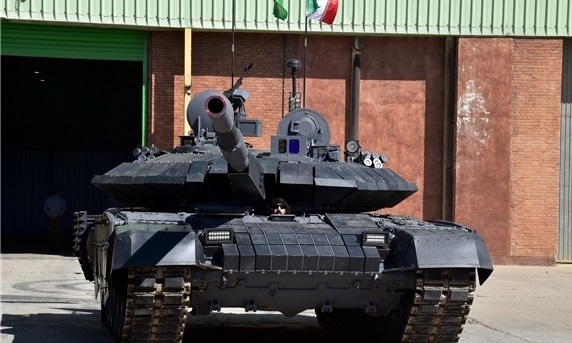 TEHRAN (Defapress)- The ministry announced on Wednesday that it plans to overhaul and manufacture up to 800 tanks as part of the country’s plans to boost its defense power.

The Iranian Army and the IRGC will receive between 700 to 800 domestically-built tanks, including Karrar (Striker), Deputy Defense Minister General Reza Mozaffarinia said on Wednesday.

He said that Iran manufactures 50 to 60 tanks every year as demanded by the army and the IRGC.

Iran has over the past years made major breakthroughs in its defense sector and attained self-sufficiency in producing important military equipment and hardware.

The Islamic Republic says its military power poses no threat to other countries and is merely based on the doctrine of deterrence.

Iran unveiled Karrar, its most advanced domestically-manufactured tank of amphibious mobility, in March 2017.

The then defense minister, Brigadier General Hossein Dehqan, said Karrar was among the most advanced tanks in the world because of its remarkable features.

Its fire and precision power and mobility were comparable to the most state-of-the-art of its kind in the world, he added.

Among the tank’s features, Dehqan enumerated its electro-optical fire control system, laser-aided distance measurement capability and the capability to strike either mobile or fixed targets in both nighttime and daytime.