China Rebuffs Philippines President's South
China rebuffed Philippine President Rodrigo Duterte's call for Beijing to rethink its conduct in the South China Sea on Thursday, saying China had the right to react to foreign ships or aircraft that get close to its islands.
News ID: 71799 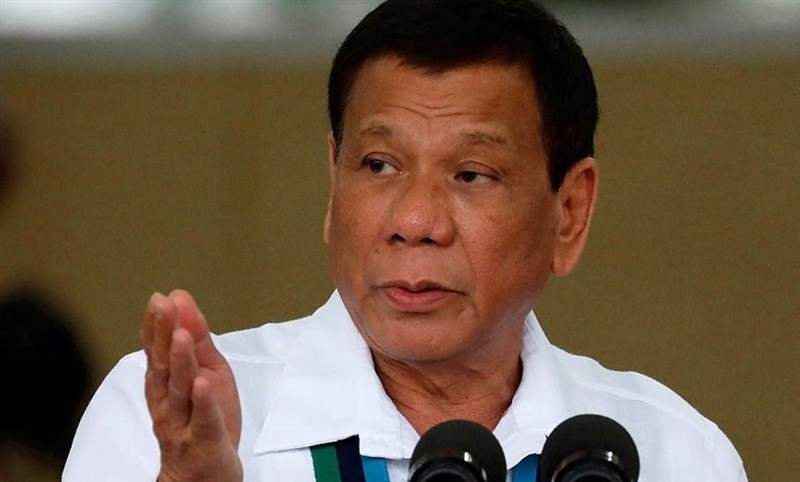 TEHRAN (Defapress) - August, 16, 2018 - 12:31 Other Media Comments China Rebuffs Philippines President's South China Sea RebukeDuterte said China has no right to repel foreign aircraft and boats passing by its artificial islands in the disputed waterway, and that he hoped China would "temper" its behavior and stop restricting movements.

In a statement sent to Reuters, China's Foreign Ministry said the Spratly Islands are China's inherent territory and that China respects the right to freedom of navigation and over flight that all countries enjoy in the South China Sea under international law.

"But China has a right to take necessary steps to respond to foreign aircraft and ships that deliberately get close to or make incursions into the air and waters near China's relevant islands, and provocative actions that threaten the security of Chinese personnel stationed there," it said,.

"China urges the relevant party to meet China halfway, and jointly protect the present good situation that has not come easily in the South China Sea," the ministry added, without elaborating.

China, Taiwan, the Philippines, Malaysia, Vietnam and Brunei have competing claims to the Spratly archipelago, where China has rapidly turned reefs into artificial islands that appear to be military installations, from which its personnel routinely instruct foreign vessels to leave.

Duterte has a policy of engagement with Beijing, in the hope of securing billions of dollars in grants, loans and investments, and has rejected criticism that he is acquiescing to Chinese pressure or surrendering Philippines sovereignty.

However, instead of blaming China for building and militarizing islands in disputed waters, he has said the United States was at fault for not blocking the construction when it started.

China has been angered by the United States in particular sending military ships and aircraft close to Chinese-occupied islands in the South China Sea in the name of freedom of navigation, saying the operations are highly provocative and potentially dangerous.