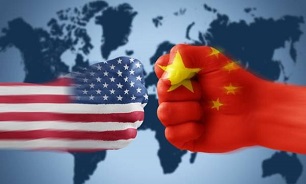 "Alterations in the atmosphere surrounding the [RCEP] negotiations can be one of the reasons for forcing discussions," Chen believes. "Everyone has faced the one-sidedness of Trump's policy. This applies not only to China; in fact, this is a common problem. After the US withdrawal from the Trans-Pacific Partnership (TPP), multilateralism lost its relevance for Washington. [The US's] unilateralism imposes heavy pressure on every country, including Japan. [Tokyo] is facing the problem of how to negotiate with the US. I believe that we are running late for integration."

The Chinese economist opined that Asian nations have to abandon a narrow-minded approach to the problem and embrace a new regional economy. "I call this geo-economics," she said. "It is very important. I believe that a breakthrough can be achieved at the beginning of the next year."

She noted that while Trump pursues his own goals, Asia must follow suit and focus on its own economic development. This should allow the regional players to conclude the RCEP agreement in 2019.

Ekaterina Arapova, a researcher at the Moscow State Institute of International Relations (MGIMO), echoes Chen's stance. According to the Russian scholar, the US trade war is pushing China to initiate more active integration with its Asian partners and stimulate negotiations within the RCEP framework.

"Actually, the recent actions by the US administration, including the sanctions war against Russia and the US withdrawal from the TPP, indicate, first and foremost, that the present system of global trade regulation, led by the World Trade Organization (WTO), does not exercise its functions. In these conditions, other players, especially such large countries as China, are concerned about the chaos that has engulfed the world trading system. Therefore, they are trying to find some alternative mechanisms for global or regional trade regulation."