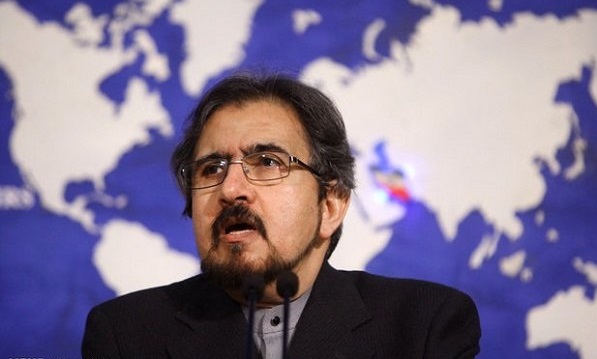 In a statement on Thursday, Ghasemi said that no country would ever remain silent when it comes to its national security, territorial integrity, and any form of aggression against its people and land.

His comments came in reaction to the remarks made by the French Foreign Ministry, which expressed concern about the actions of the Islamic Republic of Iran against terrorists in northern Iraq.

In response to a question asked by IRIB news agency, Ghasemi rejected such statements saying that the Islamic Republic of Iran had earlier given the Iraqi government and Iraqi Kurdistan authorities’ warnings about the terrorist moves and destabilizing acts of the terrorist group targeted by Iranian missiles last Saturday.

“This terrorist group recently martyred 11 Iranian citizens, and the Iranian nation at least expected their government to punish them and take decisive actions in order to put an end to such operations.”

Iran has repeatedly and explicitly warned that it takes serious action against terrorism and the promotion of violence in all its forms along its borders, and will insist on this principled policy, he went on to say.

Ghasemi slammed the French government’s silence over the previous terrorist attacks against Iran's security and territorial integrity, which were orchestrated from inside the Iraqi territory, and urged Paris to adopt realistic approaches in this regard.

He stressed that terrorism should be condemned in any form and anywhere in the world without any political considerations, and rejected the adoption of double standards and arbitrary approaches towards the territorial integrity and national sovereignty of other countries.