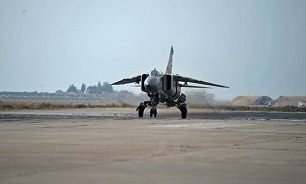 Both pilots ejected from the aircraft and survived.

One of the pilots allegedly received an injury after he ejected from the aircraft.

The plane, which was flying from Zhukovsky Airport in Southeast Moscow, reportedly fell in the forest near Dmitrovskoye village, away from populated areas.

One of the engines of the jet caught fire and the blaze led to the plane crash, sources familiar with the situation revealed.

Locals recorded the aftermath of the crash on the video, released on NTV channel. The footage shows plumes of smoke and debris allegedly belonging to the jet.