Russian Diplomat Says Those Accusing Moscow of Cyberattack Will Soon Apologize for Provocation
TEHRAN (defapress)- Russian Foreign Ministry Spokeswoman Maria Zakharova told the Rossiya-1 television channel on Sunday that those who accuse Russia of plotting cyberattacks will soon have to apologize for organizing this large-scale provocation.
News ID: 73095 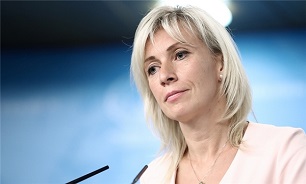 She recalled a scandal around the activities of the UK intelligence services that took place in Moscow in 2006, when officers of the Russian Federal Security Service exposed the British intelligence service’s newest tool to maintain contact with its agents that was disguised as a stone, TASS reported.

"They denied everything back then. But several years later, the British side had to apologize and admit that they had used stone, caches and something else. So, I think that before too long we will hear them apologizing and admitting that it all [accusations of cyberattacks] was a colossal provocation," she said.

"These provocative activities are geared to demonize Russia," Zakharova stated, adding that "when the first leaks appeared in the local Dutch press, we immediately asked them if they had any questions to us. To have only silence in response".

The West is seeking to discredit Russia’s initiative to elaborate a code of conduct in the cyber space, that is why it is accusing Russia of plotting a cyberattack on the Organization for the Prohibition of Chemical Weapons (OPCW), Zakharova stressed.

"First they organized leaks in the mass media and then fanned a scandal only now, after six months of silence. What for? Russia has just come out with an initiative to its partners globally to elaborate a code of conduct in cyber space. And they are sparing no effort to pull the rug from under our feet, to say that it must be the West to offer the world a framework for elaborating common rules of behavior in cyber space rather than Russia," she told the Rossiya-1 television channel.

Speaking at the 73rd session of the United Nations General Assembly, Russia Foreign Minister Sergey Lavrov came out with an initiative to work out an anti-cybercrime convention and elaborate under the UN auspices global rules of responsible behavior of states in information space.

On October 4, Dutch Defense Minister Ank Bijleveld claimed at a news conference that Dutch military intelligence and security services had foiled an attack by Russian hackers against the OPCW. She alleged that four Russians - Alexey Morenets, Yevgeny Serebryakov, Oleg Sotnikov and Alexey Minin - were involved in the incident. Bijleveld claimed that all the four worked for the Main Directorate (formerly the Main Intelligence Directorate, the GRU) of Russia’s General Staff. According to the minister, the equipment confiscated from them was evidence that they had tried to get access to the data on the MH17 crash in Ukraine.

Also on October 4, UK Secretary of State for Foreign and Commonwealth Affairs Jeremy Hunt blamed the Main Directorate of the General Staff of the Russian Armed Forces for organizing a series of cyberattacks that affected people’s interests across the globe.

The US authorities followed the lead and brought charges in absentia against seven presumed Russian military intelligence officers accusing them of staging gross cyberattacks. Along with the above mentioned persons, the list features the names of Dmitry Badin, Ivan Yermakov and Artyom Malyshev. The US side claims from December 2014 to at least May 2018 these people indulged in hacking computers of US citizens, corporate institutions and international organizations in various parts of the world, including the World Anti-Doping Agency (WADA), the US Anti-Doping Agency (USADA), the Canadian Center for Ethics in Sport (CCES), the Organization for OPCW and US’ Westinghouse.

The Kremlin has repeatedly denied Russia’s involvement in any cyberattacks.