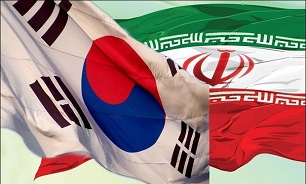 Following the US withdrawal from the Iran nuclear deal back in May and the re-imposition of economic sanctions on Iran, US President Trump vowed to cut Iran’s oil sales to zero. Tehran has said it will continue to sell oil despite the new sanctions.

On Monday, US announced South Korea, along with seven other countries, will be granted waivers on Iranian crude oil purchases.

The waiver would enable South Korean refiners to continue the purchase of Iranian condensate, which is ultralight oil used for various petrochemical products, according to South Korean news agency Yonhap.

Following the waiver, Cheong Seung-il, vice minister of trade, industry and energy, said the move has “considerably eased uncertainties surrounding trade with Iran," adding that the Korean government will “continue to provide liquidity assistance to small and medium-sized companies experiencing difficulties doing business with Iran and explore alternative markets,” according to Yonhap.

Yonhap went on to add that the two sides will restart the won-based settlement of bilateral trade transactions via the Central Bank of Iran (CBI)'s accounts at two South Korean banks: Woori Bank and the Industrial Bank of Korea (IBK).

The news agency quoted a source as saying that “it’s expected to provide South Korean firms with more opportunities for the trade of non-sanctions data-x-items such as medical products, processed food and home appliances, although the exports of some products including steel and automobile parts will be affected by the sanctions.”

South Korea is the third-largest buyer of Iranian oil after China and India.