Health Minister Regrets US Violations of Human Rights
TEHRAN (defapress)- Iranian Health Minister Seyed Hassan Qazizadeh Hashemi expressed deep regret that the US' claims that it would not impose sanctions on medicine were not delivered on, saying that it is a pity that human rights are violated in the 21st century.
News ID: 73928 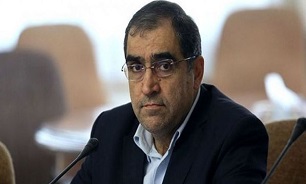 Qazizadeh Hashemi made the remarks on Saturday, recounting that Iran needs to import more than 50% of the raw material needed to produce medicine inside the country, adding that special, expensive, and new drugs come from outside.

Meanwhile, the Iranian health minister said that the country is in a good condition in terms of meeting medical needs despite the sanctions, adding “while the United States claims that they have not imposed sanctions on our pharmaceuticals, Iranians and people of the world know that their claim is baseless.”

“Unfortunately, in the twenty-first century there are people on the international stage whose claims do not match with their actions in the field of human rights,” he noted.

Furthermore, the Iranian minister said “despite all the hardships, we will do our best to meet people's medical needs, especially those with special diseases".

Earlier on November 12, President of the Iranian Academy of Medical Sciences Seyed Alireza Marandi cabled a letter to UN Secretary General António Guterres, complaining that the US sanctions against Iran are unfairly hitting patients in dire need for medications.

His letter came out after Iranian officials announced on numerous occasions that the US claims of not targeting Iranian medical needs with anti-Iran sanctions were untrue.

Addressing the UN chief in this message, Marandi affirmed that the US sanctions are devised in a way to obstruct all banking transactions between Iran and the whole world so much so that the embargos will prevent Iran from purchasing essentially needed medicines and medical equipment.

He went on saying that unfortunately Iranian children suffering from cancer will be victimized by Trump's inhumane approach to Iran.

Iranian President Hassan Rouhani said earlier this month that the American officials had admitted their incapability to stop Iran's crude sales, and the US sanctions would only leave negative impacts on imports of foodstuff, medicine and medical equipment.

The UN’s international court of justice, on October 03, reprimanded the US over its re-imposition of sanctions on Iran and ordered Washington to lift restrictive measures linked to humanitarian trade, food, medicine and civil aviation.

According to the verdict, which was read out by Judge Abdulqawi Ahmed Yusuf, Washington "shall remove by means of its choosing any impediments arising from the measures announced on May 8 to the free exportation to Iran of medicines and medical devices, food and agricultural commodities" as well as airplane parts.

A day later, Iranian foreign ministry announced that the ICJ's rulings are binding, but it remains to be seen if the US will comply.

The Hague ruling was announced more than two months after Iran complained to the ICJ in July that US President Donald Trump’s re-imposition of unilateral sanctions against Tehran following Washington’s withdrawal from the 2015 landmark nuclear agreement was in violation of the Treaty of Amity, a 1955 treaty between Iran and the US.