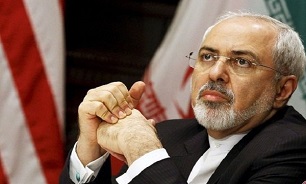 Zarif maintained that Iran’s oil sales is actually the focus of the EU’s promised trade mechanism, adding “based on the information we have, [Reuters’ claim] is not true. If the revenues of Iran’s oil sales are not put into an account,  then it won’t be clear if there is any money to do transactions with. On the other hand, Iran’s major export is oil, so I suspect some media hype aimed at making people lose hope.”

The mechanism is part of the EU’s efforts to encourage Iran to remain in the nuclear deal following the unilateral withdrawal of the US back in May, by offering an alternative payment channel to keep trade flowing with Iran in defiance of US sanctions.

Zarif said Iran is of the belief that European countries are making efforts to maintain ties with the Islamic Republic.

He added that EU seems to be exercising “too much caution” regarding the SPV.

“The European sides want to enjoy the benefits of the JCPOA without paying any price for it, which is impossible,” said Zarif. “Overall, it seems that the EU understands this fact, and we hope to hear some good news in the coming days.”

Zarif added that the initial information received from the EU for the execution of the trade mechanism has been positive.

On Monday, Foreign Ministry Spokesman Bahram Ghasemi said the delay in the execution of Iran-EU’s trade mechanism is due to too much pressure exerted by US on European countries.

The special payment channel needs a host country to come into effect. According to a report by the Wall Street Journal on Nov. 26, France and Germany – as the two remaining European parties to the JCPOA – are the likely candidates to host the SPV.