Official Calls for Presence of Iran's Private Sector in Iraq's Projects
TEHRAN (defapress)- A senior Iraqi official in a meeting with Iran's Ambassador to Iraq voiced his country's interest in the participation of Iranian companies in that country's development projects.
News ID: 74223 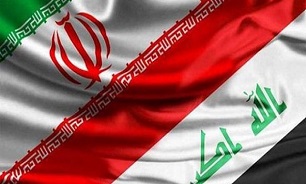 The Iraqi official, meantime, reiterated that his company is ready to give any necessary aid to the Iranian companies for opening branches and building factories in Iraq.

Iranian ambassador, for his part, underlined that Baghdad is willing to cooperate and give aid to economic operators of both countries.

In relevant remarks on Wednesday, Iraqi Trade Minister Mohammad Hashim al-Ani in a meeting with Iran’s Ambassador to Baghdad Iraj Masjedi expressed hope that Tehran and Baghdad would boost their trade and economic relations, reaffirming the Iraqi government’s commitment to develop trade with Iran.

Mohammad Hashim al-Ani, referred to the upcoming visit by Iran’s Minister of Industry, Mine and Trade Reza Rahmani to his country, voiced his eagerness to talk discuss development of bilateral relations in the economic, investment and trade fields.

The Iraqi minister expressed hope that the two neighbors would boost their trades and economic relations.

Referring to the US’ unilateral sanctions on Iran, the Iraqi official reiterated his respective government’s support to the Islamic Republic, saying Iraq will not abandon Iran under pressure.