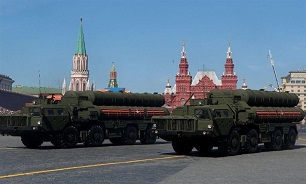 An Aegis Ashore missile facility went into operation at the Deveselu military base in Romania in May 2016. The facility comprises the ballistic missile defense control center and mobile Mk-41 batteries with SM-3 interceptors. They are serviced by 200 US servicemen. SM-3 missile interceptor batteries are scheduled to go in operation in Poland in 2020 under the Aegis Ashore program.

Russia’s Foreign Ministry has stated on many occasions that the deployment of Aegis Ashore land-based ballistic missile defense systems in Eastern Europe is Washington’s breach of its commitments under the INF Treaty.

US President Donald Trump said on October 20 that his country would quit the INF Treaty because Russia was allegedly in breach of that agreement. Russian Deputy Foreign Minister Ryabkov described this as a dangerous move. Washington was also criticized in Berlin and Beijing. In the meantime, London came out in support of the United States and NATO placed the responsibility for Trump’s decision on Russia, because in its opinion Moscow had apparently violated the treaty.

In recent years, Washington has repeatedly alleged Russia was in breach of the agreement. Moscow emphatically dismissed the charges and countered them with its own claims over the United States’ non-compliance.