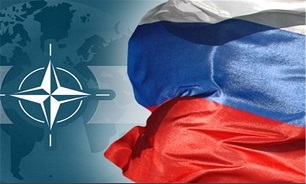 "The INF is a question mainly of the US and Russia, who are the signatories of that treaty, but of course it involves the security in Europe, and Europe is consulted by the US," he said. "In the NATO-Russia Council and other forums NATO and Russia should continue to speak about all issues, and INF could be one of them."

Commenting on remarks by Russian Deputy Foreign Minister Sergei Ryabkov about Moscow’s willingness to begin consultations on the treaty with Washington, Alvargonzalez noted that NATO "is not a part in this discussion between Russia and the US."

"Instead of saying that we are ready to talk to the media, Russia should be talking to the US, not through the media, but directly," he said.

A new session of the Russia-NATO Council will be held soon, he added. "NATO is always ready to keep a dialog with Russia in whatever issues," he said. "NATO-Russia council should be meeting soon."

Asked about the date of the Council’s convocation, Alvargonzalez answered, "We are negotiating it right now."

The last meeting of the Russia-NATO Council at the ambassadorial level was held on October 31, 2018, in Brussels.

The US first accused Russia of violating the INF Treaty was back in July 2014. After that Washington has repeated its allegations several times, with which Moscow does not agree, striking back at Washington with counterclaims.

US Secretary of State Michael Pompeo said on December 4 in Brussels that Washington would stop adhering to the treaty unless Russia returned to compliance with it within 60 days.

On December 5, Russian President Vladimir Putin said answering reporters’ questions that the US had failed to furnish any evidence of Moscow’s alleged violations. Russia is opposed to ruining this treaty but will have to respond accordingly, if the US withdraws from it, he warned.