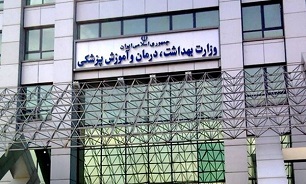 During a public session today, Saeed Namaki won a vote of confidence from Iranian Parliament to steer the country’s Ministry of Health and Medical Education.

Iranian Members of Parliament (MPs) voted 229 for him, and 5 against the candidate. Also 4 lawmakers abstained.

Namaki had earlier been the deputy health minister, advisor to head of the environment department and deputy head of Plan and Budget Organization for social affairs.

Speaking in the confidence meeting of the parliament about Namaki, Rouhain said, “I found Dr. Namaki as the best choice, as Dr. Qazizadeh Hashemi himself proposed him.”

Earlier on December 31, Qazizadeh Hashemi bid farewell to his colleagues at a weekly meeting with his deputies to confirm the week-long unofficial reports on his resignation.

The health ministry's share of the budget next year was said to be the bone of contention that had reportedly encouraged Qazizadeh Hashemi to resign his post.