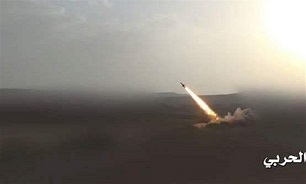 Saba news agency, citing a military source, reported that the Zelzal-1 missiles, with an average range of 150 kilometers, were launched against Saudi gatherings in Najran.

The report added that the projectiles hit their targets accurately, inflicting massive losses on them.

The Yemeni Ministry of Human Rights announced in a statement in March 2018 that the war had left 600,000 civilians dead and injured until then. The war and the accompanying blockade have also caused famine across Yemen.