Germany refuses to ban Hezbollah despite US, Saudi pressure
TEHRAN (defapress) – Germany will not follow Britain’s lead in declaring the Lebanese resistance movement Hezbollah as a terrorist organization, despite pressures from Saudi Arabia and the United States, a senior official said on Friday.
News ID: 76069 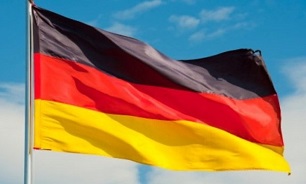 Berlin's decision may fuel tensions with Saudi Arabia and the United States, which have been pressurizing their allies to ban the Lebanese movement.

The German foreign minister rejected the US' criticism that Berlin was not doing enough to combat Iran's influence in the region, saying that his country's foreign policy remained focused on finding political solutions even in tough situations.

The British government last month designated the entire Hezbollah organization – both its political and military wings – as a terrorist entity.

The UK had previously blacklisted Hezbollah's military apparatus as a "terrorist group".

The Lebanon's Hezbollah condemned the British government’s decision and described it as an insult to the Lebanese nation, saying the move showed “servile obedience” to the United States.

“The British government, in this decision, insulted the sentiments and the free will of the Lebanese people, who consider Hezbollah such a political and popular force that they granted it big representation in Parliament and Cabinet,” Hezbollah said in a statement released after the UK’s decision.

Hezbollah is strongly supported by the people of Lebanon and has a strong representation in the country’s political process, especially after its victory in last year’s elections, where it won over half of the parliamentary seats.

As a result of the victory, it later gained control over three of 30 ministries in the government led by Prime Minister Saad al-Hariri, the largest number ever.

“They list us as a terrorist organization because they have failed in their military confrontations and schemes, and are fearful of a new war. Hezbollah’s willpower and might is getting stronger day by day indeed,” PressTV quoted him as saying.