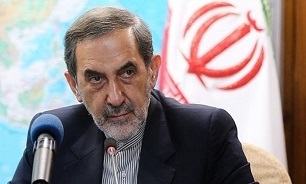 Velayati, in a statement released on Sunday, denounced the Trump’s call to recognize Israel’s sovereignty over the Golan Heights, territory captured from Syria in a 1967 war.

Recognition of Israel’s sovereignty over the Golan Heights by the US president will increase instability and crisis in the region, said Velayati who also acts as the Secretary General of the World Assembly of Islamic Awakening.

He said that this move by the US president will reaffirm the Resistance Front's commitment to fight the “Zionist regime” and its supporters.

The Golan Heights are the inseparable parts of Syria and the US presidents' move is against international law, Velayati noted.

He urged all Muslims and freedom seeking people to condemn the US bullying and support the Syran sovereignty and territorial integrity.

Velayati’s remarks came after Trump tweeted on Thursday, “After 52 years it is time for the United States to fully recognize Israel's Sovereignty over the Golan Heights, which is of critical strategic and security importance to the State of Israel and regional stability.”