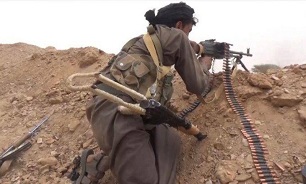 He added that after monitoring enemy’s movements, the Yemeni Special Forces conducted an operation against Saudis’ positions.

Saree went on to say that enemy’s positions were also targeted by a Zelzal missile.

Meanwhile earlier, Center for Human Rights Development of Yemen in a report announced that the four-year war in Yemen has so far killed or injured 40,972 Yemenis.

The Yemeni body announced that the Arab-coalition attacks have killed 16,005 people among whom were 3,547 kids and 2,271 women.

According to the report, many of the infrastructures of Yemen were also damaged.

About 5,914 cluster and phosphorus bombs were also used by Saudis against Yemenis.

The United Nations Security Council adopted Resolution 2451 to support the Stockholm Agreement on deployment of a team in order to facilitate monitoring and implementing the Agreement and establishing truce in important Yemeni ports.

The fourth round of Yemen peace talks kicked off in Stockholm, Sweden on December 6 with the attendance of UN and the government representatives. It agreed to establish truce in Yemeni ports of al-Hudaydah, al-Salif and Ayn Issa.