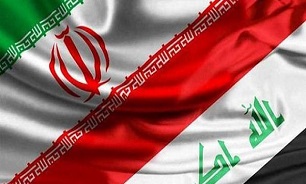 He once again sympathized with victims of the recent deadly floods in Iran.

He described holding the inter-parliamentary meeting as a big success for Iraq.

The Iraqi Inter-parliamentary meeting was held with the attendance of Iran, Syria, Saudi Arabia, Kuwait, Turkey and Jordan.

The one-day summit, titled “Iraq, Stability and Development” was chaired by Iraq's youngest-ever speaker of parliament Mohammed al-Halbusi, 38, who said on Friday Iraq was “honored by the presence of its neighbors in Baghdad”.

Last week, Advisor to the Iranian Parliament Speaker Hossein Amir Abdollahian underlined the strategic relations between Tehran and Baghdad, lauding their important role in the fight against terrorism.

"Relations between Tehran and Baghdad are strategic and the two countries have an important share in the war on terrorism and materialization of peace and stability in the region and they are now moving in line with the two nation's development, sustainable security and welfare," Amir Abdollahian said in a meeting with new Iraqi Ambassador to Iran Sa'ad Qandil in Tehran.

He also stressed the need for implementation of agreements between the two countries, noting the Iranian parliament's preparedness to help deepen bilateral ties.

Qandil, for his part, emphasized the importance of the relations between the two countries, and called for the further expansion of ties in different social, political and economic fields.

In a recent relevant development earlier this month, Iranian Parliament Speaker Ali Larijani and Speaker of the Council of Representatives of Iraq Mohamad al-Halbousi, in a meeting on the sidelines of 140th Assembly of Inter-Parliamentary Union in Qatar, underlined that the two sides were determined to bolster bilateral relations in all areas.

During the meeting in Qatari capital city of Doha, Larijani and al-Halbousi emphasized on broadening and enhancing mutual cooperation in relevant fields.

He pointed to the commonalities between Iran and Iraq, and said, “Iran attaches great importance to its relationship with Iraqi government.”

For his part, al-Halbousi referred to the recent visit of President Rouhani to Iraq, and said, “We intend to hold an assembly in the very near future in the presence of parliament speakers of neighboring countries, so that participation of Islamic Republic of Iran is this assembly is very significant that can lead to the development of regional and international cooperation.”