Canada Vows to Defend Its Business in Cuba as US Opens Way for Lawsuits
TEHRAN (defapress) – Canada vowed on Friday to defend its businesses operating in Cuba after US President Donald Trump lifted a ban on American citizens filing lawsuits against investors working on the island nation.
News ID: 77203 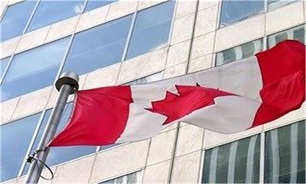 "The Government of Canada will always defend Canadians and Canadian businesses conducting legitimate trade and investment with Cuba, and is reviewing all options in response to the US decision," a foreign ministry statement said.

"Canada will also continue to work with our international partners, including the EU, to stand up for our businesses," it added, Reuters reported.

The US will allow legal action against foreign companies that have used properties seized by Cuba's Communist government since the 1959 revolution. European and Canadian companies are among the main foreign investors in Cuba.

Earlier this week, the EU said it could take the United States to the World Trade Organization or use retaliatory sanctions to protect its companies.

Canada also said its Foreign Extraterritorial Measures Act can be used to file suits in Canadian courts that "will allow Canadians to recover any amounts that have been obtained against them, including legal expenses, and losses or damages incurred," the statement said.