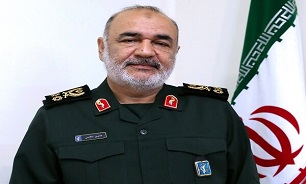 Amirhossein Ghazizadeh, a member of Parliament's presiding board, said that IRGC first-in-command will brief lawmakers on his plans as the head of Revolutionary Guards.

The change came as, on April 8, Trump declared that the US had decided to put the Islamic Revolutionary Guards Corps (IRGC) on a list of foreign terrorist organizations. In response, Iran’s National Security Council listed the US Central Command (CENTCOM) as a terrorist organization and the designation was turned into law by the Iranian Parliament.

On April 23, lawmakers overwhelmingly voted in favor of the 13-article pro-IRGC motion to safeguard against the US’ terrorist designation of IRGC.

The newly-appointed commander appreciated lawmakers support for the Islamic Revolutionary Guard Corps against US hostile measures in a May 07 letter.