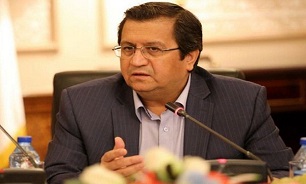 In a Monday Instagram post in Persian, Abdolnasser Hemmati referred to the history of establishing the Instrument in Support of Trade Exchanges (INSTEX) by European countries, noting that it has been some two months since Iran created the Special Trade and Finance Institute (STFI) which is a mirror company to INSTEX.

The easiest way to operationalize INSTEX and STFI is that European countries start oil import or grant a letter of credit to European exporters to Iran, he highlighted.

In late January 2018, European signatories of JCPOA (Joint Comprehensive Plan of Action) announced the establishment of a special trade mechanism dubbed as INSTEX (Instrument in Support of Trade Exchanges) in a bid to save JCPOA after the withdrawal of the United States from it.

INSTEX, which has yet to become operational, is registered in Paris and headed by German banker Per Fischer who visited Iran last week and discussed the status of the mechanism with Iranian officials.

The mechanism is said to initially cover trades of food, medicine and medical devices and to gradually include other areas.