Iran to Turn Deaf Ear to Europe’s Excuses for Delayed Action
TEHRAN (defapress)- Governor of the Central Bank of Iran (CBI) Abdolnasser Hemmati told Austrian Ambassador to Tehran Stephen Scholz that Iran will no more accept the Europeans’ excuses for not putting into practice the Iran-Europe financial mechanism, known as the INSTEX.
News ID: 77409 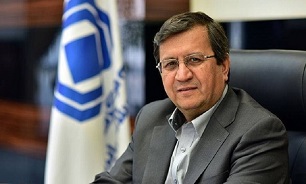 Iran will no longer believe Europeans’ excuses for not having the mechanism operational, Hemmati told Scholz in a meeting in Tehran.

The Austrian Ambassador, for his part, underlined his government’s support for INSTEX.

He also asked the central bank governor to make affiliated order for lubricating forex issues between Lufthansa Airline, the largest airline in Europe, and Austrian Airlines with Iran.

Hemmati also promised cooperation in this regard.

In an Instagram post in Persian on Monday, Hemmati lashed out at European supporters of the INSTEX for repeating hollow words and no action, casting doubt on their sincerity to implement the mechanism.

Hemmati criticized European countries for repeating “threadbare” remarks over their promised trade mechanism for Iran (INSTEX) and their failure to make it operational.

The CBI chief referred to the history of the establishment of the Instrument in Support of Trade Exchanges (INSTEX) by European countries, noting that it has been some two months since Iran created the Special Trade and Finance Institute (STFI) which is a mirror company to INSTEX.

The easiest way to operationalize INSTEX and STFI is that European countries start oil imports or grant a letter of credit to European exporters to Iran, he highlighted.

On Saturday, Iranian Deputy Foreign Minister for Political Affairs Seyed Abbas Araqchi underlined that Europe's proposed Instrument in Support of Trade Exchange (INSTEX) is not in promising conditions, cautioning that if put into action, INSTEX is just a very small part of EU's promised merits to Iran under the nuclear deal.

In return, Iran's Supreme National Security Council (SNSC) announced in a statement on Wednesday that the country had modified two of its undertakings under the Joint Comprehensive Plan of Action in return for the US abrogation of the deal and other signatories inability to make up for the losses under the agreement, warning that modifications would continue if the world powers failed to take action in line with their promises.

Top EU diplomats said on Thursday they remain committed to the deal but will not bend to any ultimatums.