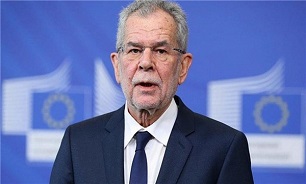 Speaking at a joint press conference with the Russian President Vladimir Putin in Sochi on Wednesday, Van der Bellen slammed the US sanctions against Iran by saying that such policies “do not help international relations” and only erode the system of global treaties, RT reported.

“The fact that the US withdrew from the Iranian nuclear deal undermines trust in this agreement in general,” he told journalists.

"It is particularly provocative that the US reimposed its sanctions against Iran after pulling out of the deal and threatened the companies, which continued to work with Tehran, with punishment," he added.

The Austrian leader also admitted that Europe has so far failed to “come up with a mechanism that would help companies effectively circumvent” the US restrictions, noting that creating such an instrument is a “very laborious” task.

Van der Bellen then warned the US against going down its chosen path by saying that any additional pressure Washington puts on Iran “is going to undermine political relations” on the international arena “even further”.

If America continues to put pressure on Iran, the whole situation risks spilling into another major crisis “as it happened in Iraq some years ago”, the president warned, without elaborating.

"No one in Europe wants this to happen," he stressed.

Van der Bellen’s words came amid growing fears that a military conflict could potentially break out between the US and Iran. These concerns were further fueled by the US decision to recall all non-essential personnel from its embassy in the Iraqi capital of Baghdad and a consulate in Iraq’s northern town of Erbil.

Washington has deployed the USS ‘Abraham Lincoln’ Carrier Strike Group, as well as B-52 bombers, to “send a message” to Iran while constantly citing an allegedly increased threat from Tehran and criticizing those of its allies who doubted the claim.

US President Donald Trump has recently dismissed the report of a plan to send “120,000 troops” to the Middle East as “fake news”, saying that it would “hopefully” not be necessary. He added, however, that if it did come to a hot conflict, “we’d send a hell of a lot more troops than that”.