Nujaba ready to answer any hostile US measure
TEHRAN (defapress) – Deputy Secretary-General of al-Nujaba Movement said that the force is ready to respond to any hostile measure by Washington in the region.
News ID: 77475 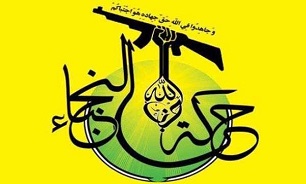 Nasr al-Shammari vowed that Nujaba will fight against the US until the end of occupation and also to the point of Israeli regime’s annihilation.

He then referred to recent tensions between Tehran and Washington, saying that the Iraqi government should not forget Iran's help in the fight against ISIL terrorists while many other countries decided to abandon Iraq.

He also condemned the tension-building policies of the United States, noting that Washington is after throwing the region and Iraq into disarray.

Tensions have raised between Tehran and Washington after Trump's administration ramped up pressure on Iran. Withdrawing from the Nuclear Deal (Joint Comprehensive Plan of Action) in May 2018, re-imposing tough sanctions which were lifted after the deal, designating Iran’s Islamic Revolutionary Guards Corps as a foreign terrorist organization and deploying naval fleet and bombers in the Middle East are among the recent hostile moves by the United States.

Meanwhile, Iran announced that it is reducing some of its commitments under JCPOA, urging other signatories of the deal to uphold their obligations and secure Iran’s economic interest. Tehran stressed that it has no intention of going to war with US but will strongly defend the country in the face of threats.