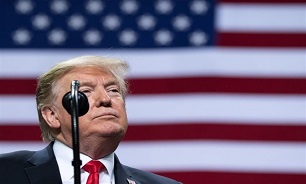 Trump, currently in Japan on a trip aimed at improving ties with Washington’s close Asian ally, also suggested that Kim was sending him a “signal” through a North Korean state media commentary on Joe Biden - in which the former vice president was labelled an “imbecile” and a “fool of low IQ” for criticizing Kim.

“North Korea fired off some small weapons, which disturbed some of my people, and others, but not me,“ Trump wrote on Twitter, apparently referring to weapons tests in early May, AFP reported.

But Trump tweeted: “I have confidence that Chairman Kim will keep his promise to me, & also smiled when he called Swampman Joe Bidan [sic] a low IQ individual, & worse. Perhaps that’s sending me a signal?”

North Korea is one of the top issues on the agenda as Trump meets with Japanese Prime Minister Shinzo Abe.

Pyongyang fired two short-range missiles on May 9 following an earlier drill on May 4 - the first in 18 months.

The North had not launched any missiles since November 2017, shortly before once-reclusive Kim embarked on diplomatic overtures.

In a historic first, Trump met with Kim in Singapore in June 2018, and again in Hanoi in February at a meeting that ended abruptly with no deal.