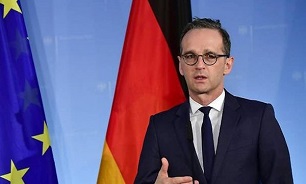 "Iran's economic interests were not met in the nuclear deal. We and other European states are making efforts to prepare the ground for trade (with Iran) and the European companies will be active in Iran through INSTEX (the EU-proposed Instrument in Support of Trade Exchanges)," Mass said in a joint press conference with his Iranian counterpart Mohammad Javad Zarif in Tehran on Monday.

He also told reporters that all formal requirements for the European payment system for barter-based trade with Iran are now in place and it should be operational soon.

"This is an instrument of a new kind, so it's not straightforward to operationalize it," Mass said.

"But all the formal requirements are in place now, and so I'm assuming we'll be ready to use it in the foreseeable future."

Washington withdrew from the internationally-endorsed 2015 nuclear deal with Iran, re-imposed the toughest-ever sanctions against the country and started a plan to zero down Tehran's oil sales.

In return, Iran's Supreme National Security Council (SNSC) announced in a statement that the country had modified two of its undertakings under the Joint Comprehensive Plan of Action in return for the US abrogation of the deal and other signatories’ inability to make up for the losses under the agreement, warning that modifications would continue if the world powers failed to take action in line with their promises.

It reminded the G4+1 of Iran's good will during the nuclear talks, implementation of the nuclear deal and giving sufficient time to the other signatories to implement the deal, saying that it is now their turn to prove their good will and adopt serious and practical measures to protect the nuclear deal.

Iranian President Hassan Rouhani in a letter last month informed the Group 4+1 on stopping implementation of a number of Tehran's undertakings stated in the 2015 nuclear deal.

Iranian Deputy Foreign Minister for Political Affairs Seyed Abbas Araqchi submitted the letter to the ambassadors of the G4+1 to Tehran after they were called to the foreign ministry.

Also, another letter was sent by Zarif to Mogherini to inform her of details of Iran's measures.