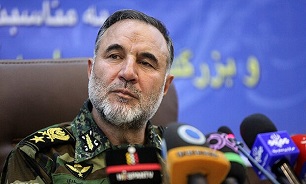 He made the remarks on Sunday in his meeting with personnel of Islamic Republic of Iran Army Aviation (Havaniruz) in Kermanshah province, Iran.

“I believe that the enemy's threats show its weakness and disability, and if someone is able to do something, he does not threaten,” Brigadier General Heidari added.

The military chief noted that the enemy that was able to step up its presence in Iraq and Afghanistan, it would attack us if could. but it has retreated from all its stances against Iran when it has seen our abilities, our willingness, and most importantly Iranian Leader’s guidance.