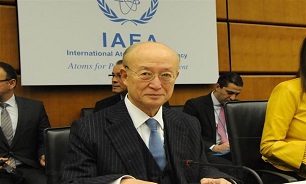 "The Secretariat of the International Atomic Energy Agency regrets to inform with deepest sadness of the passing away of Director General Yukiya Amano," the IAEA secretariat said in the note, obtained by Reuters.

Amano was a Japanese diplomat who served as the IAEA chief since July 2009. He previously served as an international civil servant for the United Nations and its subdivisions.