Official:
UK Sends Mediator to Iran for Release of Seized Oil Tanker
TEHRAN (defapress) – The UK government has sent a mediator to Iran to discuss ways to free a British-flagged tanker seized by the Islamic Republic last week, the head of Leader of the Islamic Revolution Ayatollah Seyed Ali Khamenei’s office said on Wednesday.
News ID: 78166 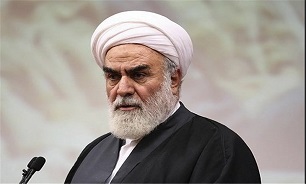 In a speech in Tehran on Wednesday, Hojatoleslam Mohammad Mohammadi-Golpayegani hailed a recent move by the Islamic Revolution Guards Corps (IRGC) to capture the British oil tanker in the Strait of Hormuz and said the IRGC rubbed their nose in it.

The cleric further pointed to the British mediator’s trip and said, “A country that at one time appointed ministers and parliament members in Iran has reached a point where they send a mediator and plead for their ship to be freed.”

The IRGC’s Public Relations Department said in a statement on Friday that the vessel named “Stena Impero” had been impounded “at the request of Hormozgan Ports and Maritime Organization when passing through the Strait of Hormuz, for failing to respect international maritime rules.”

The vessel had switched off its GPS locator, in contravention of international regulations, and was sailing into the strait in a wrong traffic pattern.

It was entering the strait from the southern route, which is an exit path, increasing the risk of an accident.

Moreover, Stena Impero had not heeded any of the warnings from the Iranian Ports and Maritime Organization.